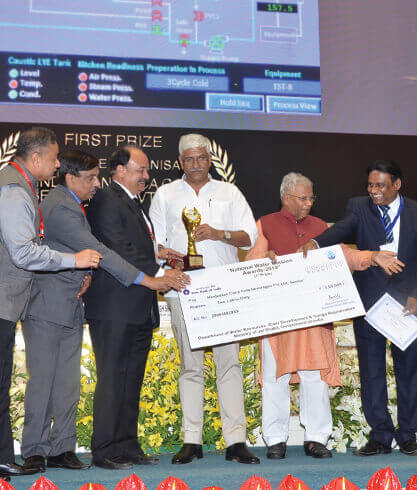 Vijayawada, September 25, 2019: Hindustan Coca-Cola Beverages (HCCB) Pvt Ltd – one of India’s top FMCG companies – won the prestigious National Water Mission Award 2019 for its robust water management practices at its factory located at Atmakuru in Guntur district. HCCB received the award under the category – ‘Increasing Water Use Efficiency by 20 per cent (Industries/Corporate)’ - at a function held in Vigyan Bhawan, New Delhi this evening. HCCB is one of the four corporates to have won this award for 2019.

During the on-site assessment, the jury and panel members for the award evaluated HCCB’s work in the areas of (1) water replenishment (2) efficient usage and (3) consistent reduction in water usage, in factory operations. The factory has brought about a 22% optimisation in water usage over the last 36 months.

HCCB’s ongoing efforts to augment its water management practices through installation of water treatment plant towards ensuring zero liquid discharge, back wash recovery system, bottle washer recovery schemes, and reduction in water usage through optimisations in the PET water rinses and CIP (Clean-In-Place), got it the award.

Reflecting on the significance of the award, Dinesh Jadhav, Executive Director, Supply Chain, Hindustan Coca-Cola Beverages, said, “We have consistently given ourselves targets and challenges, which are often tougher than the prevailing norms, on water management. The National Mission Award to the Atmakuru factory has only renewed our ambition to consistently be better.” 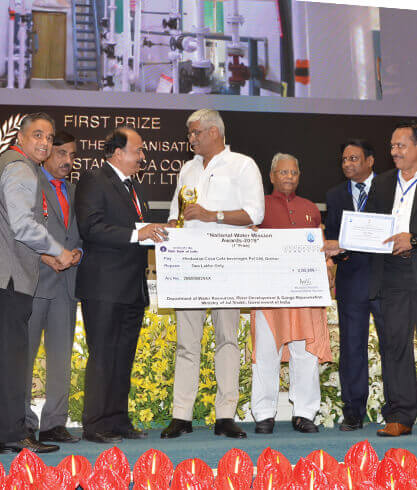 The awardees for this program were selected from a pool of 140 entries from all over the country. Based on a well-defined framework covering the five goals of the National Water Mission, the awards were segregated in 10 categories. This included a rigorous on-site assessment process by a jury of eminent panellists headed by Shri Shashi Shekhar, former Secretary, Ministry of Water Resources.

Established in 1999, HCCB’s factory in Atmakuru has 4 manufacturing lines, spread over 42 acres.

HCCB is one of India’s largest FMCG companies. It manufactures, packages and sells, some of India’s most loved beverages – Minute Maid, Maaza, SmartWater, Kinley, Thums Up, Sprite, Coca-Cola, Limca, Fanta, Georgia and several others. A network of 3,900 distributors, 250,000 farmers, 7,000 suppliers and over 2.5 million retail outlets, makes HCCB, an ecosystem of significant scale. It operates in 25 states in 493 districts. Through its 18 factories, HCCB manufactures and sells 60 different products in 9 different categories.