Bengaluru, February 14, 2022 – Hindustan Coca-Cola Beverages (HCCB), one of India’s top FMCG companies, today marked 25 years of its inception in a function organized virtually, keeping in mind the pandemic. Dr. Ashwathnarayan C N, Hon’ble Minister for IT & BT, Science and Technology, Skill Development, Entrepreneurship and Livelihood congratulated the company, its suppliers, partners, distributors, retailers, and employees on behalf of the state of Karnataka.

HCCB is headquartered in Bengaluru and two of HCCB’s factories are sited at the Bidadi Industrial Area, in Ramnagara. The Hon’ble Minister is the Minister in-charge of Ramnagara. HCCB has been operating factories at Bidadi since the late 90s. 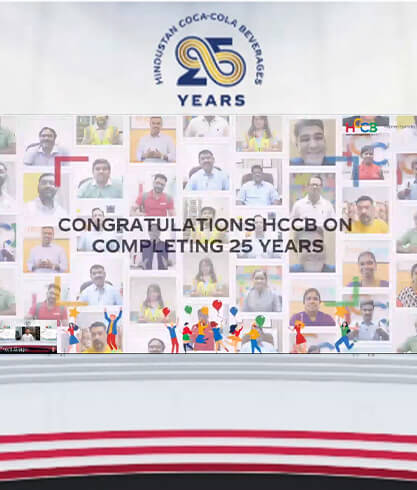 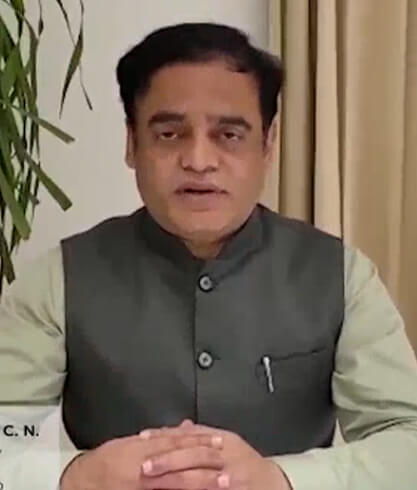 In his congratulatory message to the company, Dr. Ashwathnarayan C N said, “I wholeheartedly, on behalf of the people of Karnataka, on behalf of the government and personally, congratulate the entire family, the suppliers, the distributors, the retailers, employees, and the partners of the company for all your hard work and commitment. We are very happy and proud that your company is headquartered in Karnataka. I particularly want to commend you for the best practices that have been implemented at all your manufacturing facilities. HCCB has always ensured that its operations are environmentally sustainable, and that is a model that should be replicated by other companies. Most of your new products are developed and trialled in your Bidadi factory, which is keeping with the state’s focus on innovation, technology, incubation, and start-ups. You are contributing in a meaningful way to the local community and all these things will bring a lot of credibility and credentials to the company. I think you can do much more and we will always look forward to your cooperation. You are most welcome to expand your operations to have many more products, many more units and our cooperation will be always with you. I want to congratulate HCCB for doing extremely well. I wish you all the best.”

Thanking Dr Ashwathnarayan for his noble gesture, Chairman and CEO, HCCB, Neeraj Garg, said, “a company of the scale and size of HCCB gets built by a lot of people coming together, and lending their hand. So, I am thankful to each one that touched HCCB and shaped it. We tremendously value the support and encouragement that we receive from the state and are committed to making additional investments and towards partnerships for the growth and development of the people in the state. I thank the Hon’ble Minister for taking time out and being a part of the 25th anniversary celebration function of HCCB.”

HCCB was incorporated 14th February 1997 with the simple aim of making beverages for the India of the twenty first century. Since then HCCB has come a long way in being able to serve 25 lakh retailers, 3,500 distributors and 6,500 employees. 250,000 farmers grow the agricultural produce that HCCB uses in making its products. The company is headquartered in Bangalore and its operations are spread in 22 states, 3 UTs and 376 districts in South, West, and Eastern India. Through its 15 factories spread across India, it manufactures and sells 60 different products in 200 different sizes across 7 categories. Its products include some of India’s most loved beverages - Minute Maid, Maaza, SmartWater, Kinley, Thums Up, Sprite, Coca-Cola, Limca, Fanta, the Georgia range of tea and coffee etc. 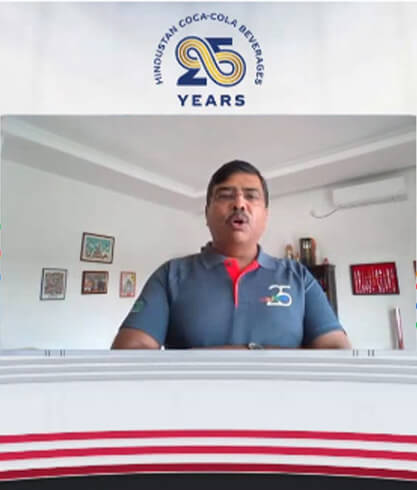