“I am Michael Kindo.”

This is how he introduced himself when I visited the ground for an official sports tournament at Rourkela. For a Management Trainee who had just joined the organisation, it seemed like any other introduction. But the very next moment, someone standing next to him said, “He is an Olympian.”

I almost fell over. What was more embarrassing was the fact that I didn’t know which sport he represented. Sensing my discomfort, Kindo immediately put me at ease and mentioned just as a matter of fact, “I was part of the Indian hockey team that won bronze in the Munich Olympic in 1972.” And before I recovered, someone else added, “He is also an Arjuna Awardee.” 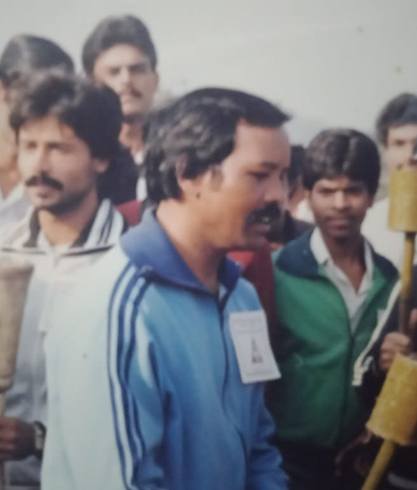 As a sports enthusiast, this was indeed a moment to relish. What struck me the most was his humility and simplicity. Standing awestruck I just did not want to leave him. We immediately got into talking about his past glory.

Understandably, he still regretted not being able to win Gold for India in the 1972 Olympic. But he also shared another interesting aspect of that Olympic. “This was the first time when neither India nor Pakistan won Gold in hockey at any Olympics since 1928.” On further probing he shared another interesting information, “This was also the Olympic in which Ashok Kumar, the son of the legendary Dhyan Chand made a debut in Olympics.”

Later, when I asked Kindo what kept him going long after such an illustrious sports career, he replied, “I love training the youngsters.” This was another way of staying in touch with the game that he lived and loved. When I asked him about his style of playing, he said with a sense of a justifiable pride, “I never played foul or tried to physically hurt anyone on the ground.”

When I thought of writing this piece to pay my tribute to one of the all-time great Indian hockey stars on the Olympic Day, I first dialled his number. It was his son who picked up the call. He said, “Papa is not well and not in a condition to talk.”

Disappointed at not being able to connect with my hero, I found out the mobile number of Ajit Pal Singh, who was the captain of the Indian Hockey Team at Munich Olympic. Talking about Kindo sir, he got emotional and said nostalgically, “We have played together for so long. In fact, he was also my room-mate once.”

Recalling the golden years of camaraderie and togetherness, Ajit Pal Singh said, “As a Left Full-Back, Kindo was a dependable player. No one could pierce through him. He was almost like a ‘Wall’. And, much contrary to his looks of a short-stature player who was not so strongly built, he would surprise the opponents with his speed and agility. He also had a knack of snatching the ball away from opponents.” The captain signed off saying, “Having retired from Indian Navy, Kindo was a gentleman and a disciplined player.”

It is sad to notice that not much is written about such a great player even on the official site of the Olympics. Not finding much information online, I called up B.G. Joshi, a well-known sports statistician to know more about Kindo. And the moment I mentioned Kindo’s name, he reeled off some interesting tit-bits about him at one breadth. He informed that Kindo was one of the key players in the three World Cup Hockey Tournaments of 1971, 1973 and 1975, which India won under the captainship of the famous Ashok Kumar. 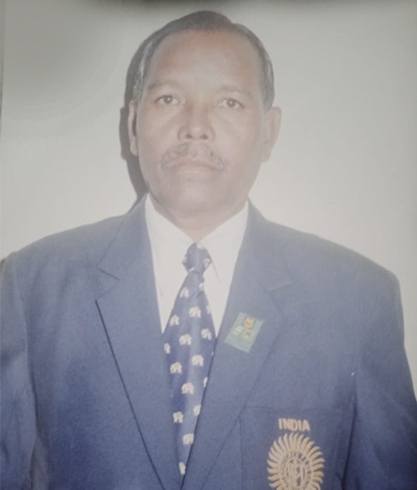 Joshi also informed that Kindo hailed from the tribal belt of Ranchi region which has produced many hockey players of international fame such as Jaipal Singh Munda, Sylvanus DungDung, Manohar Topno, and Ajit Lakra. It’s a known fact that those days the youngsters in the region would make hockey sticks of kendu tree branches and bamboos.

Let’s stand up and pay our tribute to all the forgotten Olympians who once made our nation proud. I also pray for his quick recovery. May he live long.

Such inspiring stories always reminds us about our past glory the golden period of Indian Hockey and our forgotten heros. Please continue posting such inspirational posts.

A touching post! I had a meeting with the Chief Manager of SBI in Bhopal. I used to work for Eklavya then (now too) and had gone to meet their CSR contact person. As he introduced himself, I asked him are you the Olympic Hockey player- Jalal Ud Din? He was surprised! A few people take note of the other than cricket sports persons in the country! Your article is quite good. Chandrakant Shetkar

It was my fortune to know Mr. Michael Kindo in person. A perfect gentleman, he is humility personified. I pray to God for his speedy recovery.